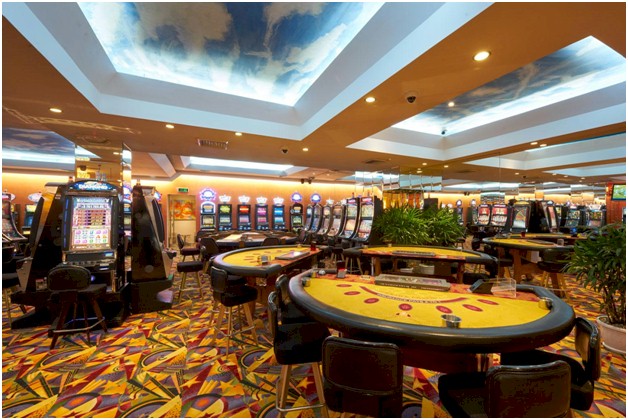 Just when we thought we might be seeing light at the end of the tunnel, or coming to the edge of the proverbial woods, protests and early reopenings stoke the fires of COVID 19 and we see numbers surging all over the United State, Canada, and many parts of the world.

So, what has this entire mess done to the gambling and casino industry? Just ask the folks who live in Las Vegas or Atlantic City and work at the casinos. It’s been devastating.

Not only have the brick and mortar casinos and sportsbooks been closed due to local health regulations. Since the first weeks of March, most major sports have been shut down. Football (soccer) started up again in empty stadiums, but there were a couple of solid months of absolutely nothing.

So even though many online outlets are combined sportsbooks and casinos, they were still hemorrhaging profit losses through the end of the first quarter and throughout the second quarter. On the bright side, the NHL and NBA are about to resume, which will be an injection into a normally slow time of year where there is not much going on in North American sports other than Major League Baseball. Waiting for football and the MLB playoffs, it’s the time of year when most sportsbooks operators are taking their vacations.

We are likely already seeing a boost now that lines have been released for the first rounds of NBA games and NHL matchups are starting to get released as well. Prior to this, everyone was relying solely on futures and early Week 1 NFL lines. But the problem with this is there is no gratification. We are handicapping and placing action on events that are not going to pay off for months.

At least now it’s only a couple of weeks away.

In the UK, even the national gambling commission has reduced its operations. Stating, ‘Due to the impact Covid-19 is having on operations across the UK we have had to reduce our phone line opening hours.’

According to statistics provided by gamblingcommission.gov.uk, overall, fewer consumers are gambling. There was one mid-April survey that showed just 0.2% of adults had started gambling for the first time, which is down significantly from a previous total of 2.0% of all adults. Active players were down 55% from March of 2020 to April of 2020 due to the lack of high-quality live sports.

While you might not want to spend money, take a look at 5Dimes review to find a great place to practice and hone your skills, poker, roulette, and other casino table games.

Another aspect of the lockdowns that has affected the gambling industry is employment. Many millions of people have lost their jobs. Millions more have undertaken reduced work hours and subsequently had their salaries reduced. Another intangible factor is the insecurity of whether they will have a job the following month. Many may still be working but they see the pandemic and lockdowns continuing for an unknown amount of time so they are loath to spend money unnecessarily.

On the flipside, gamblers have been averaging more online entertainment and TV-watching than the average, non-gambling people. They consumed more on-demand entertainment, spent more on online entertainment, and watched significantly more television. Coupled with this is a Savanta report that shows 23% of people saying that the lockdowns have negatively impacted their mental health and 39% who have seen significant decreases in their disposable income. Does this related depression compound itself with additional sedentary behavior?

It’s tough to say how this will impact the online gaming industry in the long run. Will we see a massive increase in compulsive gambling once things level out or will there be fewer people spending money on games of skill and chance in the aftermath of COVID 19?

Does Your Roulette System Really Work?

How Are Casinos Affected By Coronavirus?

What You Should Know About Roulette In 2020

The History of Slot Machines